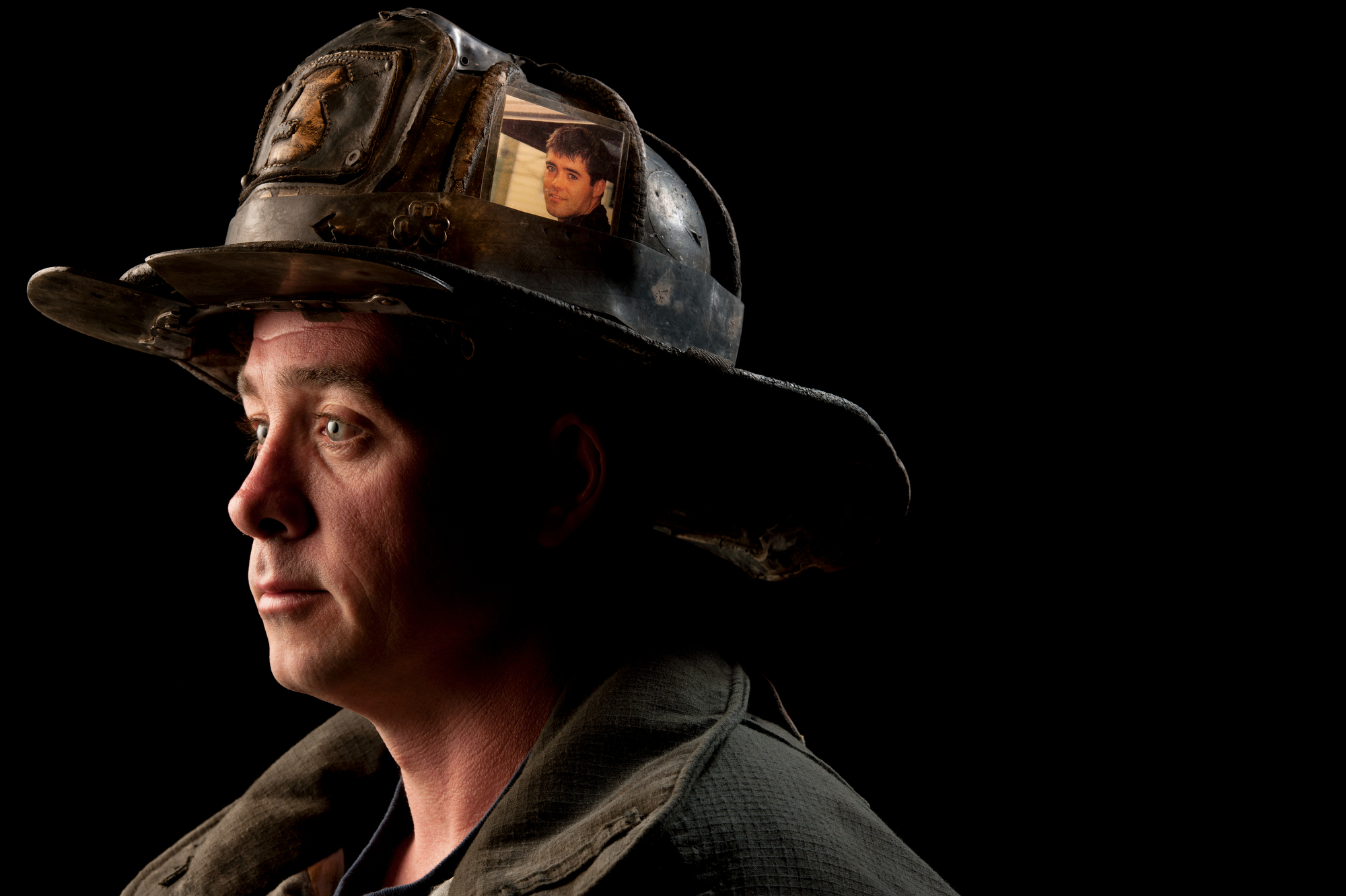 That’s not a sentence I thought I would ever write, in my lifetime. When I met Danny, pretty immediately after 9/11, he stepped in front of the camera as a larger-than-life firefighter. Physically imposing, highly skilled, capable, strong, and dedicated to helping others. And, twenty years my junior. The fact that he is gone, at the age of 46, is profoundly wrenching and unfair. The Foley family is a firefighting family. Dedicated and selfless, they lost Tommy on 9/11 day, when he and seven of his brothers with Rescue 3 in the Bronx responded to the call to go to the burning towers. None survived.

Danny responded as well, promising his family he would find Tommy’s body, which he and other firefighters did. He came in and posed for the picture above just a couple days after discovering his brother in the rubble. And after 9/11, Danny stepped up and joined Rescue 3, one of five specialized rescue companies in the city. I write this in sadness, and profound respect for the Foley family. Their lives intersected with that fateful day, and they selflessly, unflinchingly went to bat for New York City, for their fellow citizens, indeed, for all of us.

Now Danny, who after 9/11 always had Tommy’s mass card in the band of his helmet whenever he went on a call, is with his brother. He died of 9/11 related cancer, so young, leaving his wife, Carrie, and five children. Danny and Tommy’s loving sister, Joanne, possessed of astonishing strength and determination, carries on. She co-directed a 2010 documentary about her brother, “Tommy Foley: Legacy of a Young Hero.”