Costa Rica! The Coast to the Clouds

A NEW Photography Workshop with Joe McNally and Tamara Lackey

Gorgeous beaches, waterfalls, cloud forests, tropical rain forests…Costa Rica provides some of the most unique biodiversity in the entire world. Impossible to choose one location! No better team than Joe McNally and Tamara Lackey to uncover all this amazing country has to offer in a brand new photographic adventure. Exploration and uniqueness is one of the key highlights to this workshop since we will combine a variety of opportunities including wildlife photography, bird photography, and portrait photography. All with private transportation, guides and exclusive lodging (without any other guests) so we can remain a cohesive group and benefit from dedicated resources to gain the most of our time behind the camera or in the classroom.

The 10-day, 9-night, workshop begins in San Juan, Costa Rica with a fun meet and greet followed by an elegant dinner with local cuisine. We head southwest the next morning to the majestic waters of the Pacific coastline. Our beautiful, colorful hotel is nearby one of the many national parks where we will spend time hiking in the dense  greenery and then jump onto a boat safari for a unique vantage point of diverse wildlife. We also take advantage of the hotel location which presents a riot of primary colors and use it as a backdrop for portraiture in a day that will seriously advance your lighting skills. The adventure continues as we travel north to the ever-serene and lush Cloud Forest. We spend the rest of the journey at a luxury eco lodge tucked into the hills where we have an exciting array of photographic opportunities including waterfalls, landscapes, birds, flowers, and portraiture in the villages. During our stay in this magnificently diverse place, there will be ample field time as well as classroom time with these two uniquely gifted instructors. Portraiture, camera expertise, post-production and editing, the shaping of personal projects, and discussion of the running of a successful photo business are all explored. The truly unique aspect of this workshop is that at both our beach and cloud forest locations, our group will occupy the entire hotel, giving our group an extraordinary opportunity to relax and develop community. Dedicated learning from these two widely acclaimed photographers in this beautiful country will not only improve your photography skills but enrich your soul.

The wide range of opportunities and subject matter reflects the remarkable diversity in the country of Costa Rica, so the goal is to get a deeper look and not just one aspect. An integral part of the workshop includes lectures and hands-on instruction, including lighting demonstrations combining flash and natural light. Don't miss a unique opportunity to learn from two of the world's best photography instructors and explore a magical place with fellow photographers. Tamara Lackey is a renowned professional photographer, speaker, author and program host. Her authentic photography, from portraits to humanitarian photography, is featured in a myriad of major media outlets. As a Nikon USA Ambassador, Tamara was invited, as one of two photographers, to speak on stage and present her photography at the Nikon Global Launch Event in Tokyo, introducing a new line of ground-breaking mirrorless camera systems. Tamara teaches at quite a range of programs, seminars, and conventions, from delivering presentations at Google, Disney, and Harvard to leading mentor treks to delivering workshops internationally. She is also the author of nine books on photography and has co-produced and hosted a series of global live broadcasts, a long-running web show and is the host of Chasing Frames, a television show focused on capturing experiences and adventures through photography, found on PBS.org.

Tamara is also the co-founder of Beautiful Together, a non-profit focused on supporting children living in crisis and animals in need of refuge. Beautiful Together is currently in the process of building out 83 acres of land in Chapel Hill, North Carolina as a home for their work of connecting the vulnerable and the voiceless in ways that benefit all. 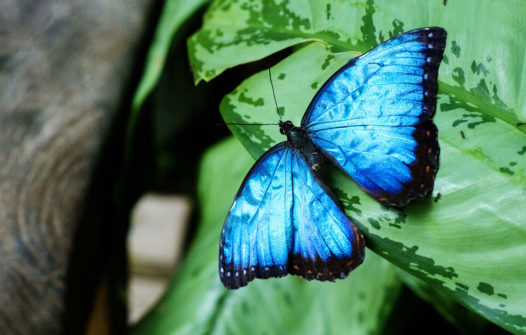 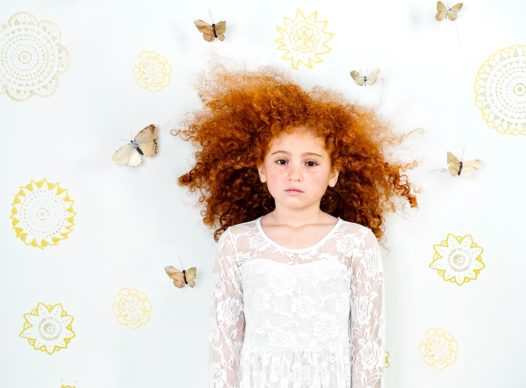 Acclaimed, award-winning photographer Joe McNally is known worldwide as the quintessential “pro’s pro;” an extremely versatile, deeply experienced assignment photographer whose jobs have brought him to over 70 countries and counting. McNally is often described as: Authentic, empathetic and articulate, an exceptionally skilled technical photographer who pairs extraordinary camera know-how with a vivid imagination and an ongoing, vibrant creativity. He has an extraordinary ability to photograph simple assignments with intimacy and grace, as well as master movie-scale productions with large crews, tremendous pressure and countless moving parts. Always curious, always adapting to the conditions at hand and the relentless advances in camera technology, he has photographed FIVE cover stories for the National Geographic (amongst an overall FIFTEEN coverages), and SEVEN covers of LIFE Magazine. He photographed the very first all-digital coverage for National Geographic, which was considered such a significant, watershed moment in the history of that venerable publication that the entire coverage has been incorporated into the archives of the U.S Library of Congress. In addition to inspiring editorial work, McNally has covered FOUR Olympics (with number FIVE looming in Paris in 2024) for such diverse clients as ABC Television, Sports Illustrated and TIME magazine. McNally is known for his penchant to get his camera in “a different place” and has twice climbed the world’s tallest building, the Burj Khalifa in Dubai, in addition to climbing the Empire State Building four times. He is that rare photographer who has successfully made the bridge between the commercial world and the editorial world, and is highly regarded by clients for his versatility, and willingness to be a team player.

McNally is a proud Nikon Ambassador and has adapted to the Internet driven media world where his work is regularly cited in social media surveys as sources of inspiration and industry leadership. What are the Workshop Dates? Expand

October 18-27, 2023.  The Workshop begins at an evening get together in San Jose, Costa Rica on Wednesday evening October 18, 2023 and will end on Friday morning October 27, 2023 at our Lodge in Bajos del Toro - not in San Jose. To note, the San Jose airport is around a 90-minute drive for those who choose to fly out the same day the workshop concludes.

What is the Cost of the Workshop? Expand

A 50% Deposit is due upon registration to confirm and hold your workshop spot.

Workshop kick-off begins with a wonderful dinner of local cuisine in one of San Jose's oldest neighborhoods, then trip highlights include a Wildlife Photography Cruise on the Rio Tarcoles, a guided hike in the Caracas National Park, cultural day in Sarchi, and experiencing the breathtaking Las Gemelas Waterfalls near Bajos del Toro.

Will there be Portrait Photography Instruction? Expand

Yes! Throughout the workshop, there will be opportunities where Tamara and Joe will lead mini-clinics on portraiture (one will be on the beachfront!), showing how to work with and pose subjects, obtain natural-looking expressions, source excellent natural light, and mix flash with the light that exists in effective and dramatic ways.

What is the Skill Level for the Workshop? Expand

This workshop is for DSLR and mirrorless photo enthusiasts and also intermediate and more advanced photographers.

What is the Activity Level of the Workshop? Expand
One of the highlights of the workshop will be hiking the trails in the tropical rainforest or in the cloud forest. It is understood that workshop levels of activity will vary - some adventures will be moderate, others more challenging on a physical level. We will provide multiple guides to accommodate various levels of mobility within our group as best as we can. Those with restricted mobility or health issues will need to communicate that well ahead of time to determine eligible and safe participation in any activity.

How do I Register for the Workshop? Expand

Please email: [email protected] if you are interested in registering and please indicate how many people are registering and if a companion is also registering. This is a new workshop with lots of interest so make sure to register as soon as you can to reserve a spot!

Due to the nature of the workshop, we cannot offer refunds. However, if we are able to fill your spot well in advance of the travel date we will refund your money minus any processing fees. However, please note once final trip reservations are confirmed by the Workshop in advance, we will be unable to transfer your workshop registration spot to another participant and therefor not be able to issue you a refund. We strongly suggest that all participants purchase travel insurance that will sufficiently cover all potential needs that could arise.